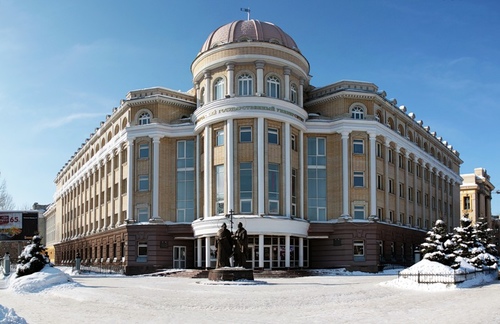 Saratov
The university is one of the oldest in Russia. It was created in the distant 1909. Then only doctors were trained in its walls. In 1917 new faculties were added. Since then, the guys who are interested in physics and mathematics, as well as those who are interested in the history and philology department, began to study there. In the same year, the university began to prepare and lawyers.
In 1922 it became clear that the agronomic faculty has grown too much. Therefore, he separated from the university and became a separate educational institution. A little later, the same fate befell the medical faculty.
In 1923 the school changed its name. It turned into the Saratov State University named after NG Chernyshevsky. Under this name, we know the university and now.
The university attracted a large number of gifted entrants, many of whom later became famous people. In addition, well-known scientists worked in these walls, which, thanks to the material base of the educational institution, made discoveries.
At present, the Saratov stateThe Chernyshevsky University is very popular. Here, students receive education in a variety of ways. The choice is so rich that every second entrant submits the documents here.
The Saratov Chernyshevsky University offers 5 educational institutions and 13 acting faculties to the attention of the applicants. In addition, there is a branch in Balashov.
Among the educational institutions, the Interregional Institute of Social Sciences occupies a worthy place. It is closely connected with other educational institutions of the country.
Great importance for the development of modern science means scientific research institutes of natural sciences, optics and biologics, as well as nanostructures and biosystems. Without their work, it is impossible to imagine the future. And to study the society of people, the research institute of social science is important.
There are also a number of institutions that are not educational. They are famous for the whole city. Graduates of schools are prepared in advance to submit documents there.
Popular is the Institute of Archeology and cultural heritage. The work of his graduates is covered with a halo of romance. After all, specialists revive the past and tell our contemporaries about how their ancestors lived. But this is not their only task. Experts also do everything to preserve cultural heritage.
It is very promising to study at the Institute of History and international relations. It is impossible to imagine one without the other. Every translator and specialist in working with representatives of another culture should know the history of relations of his native country with other countries. This is the secret of a true professional.
Lovers of the Russian language submit documents institute of Philology and Journalism. Graduates will be able to find work in different fields. They are in demand in newspapers, magazines, on television, in publishing houses. In addition, you can become a teacher and transfer your knowledge to the next generation.
The Saratov State University integrates centuries-old traditions of Russian science, cutting-edge information and innovation technologies, applied and fundamental research. Being the largest scientific educational centre not only in Saratov but in Volga region in April 2010 the SSU was awarded the status of a National Research University within the Russian Government sponsoring program. The University implements main educational programs of all levels, conserves the best practices of Russian higher education in terms of scientific and educational innovational activity, improves the system of continuous education (secondary – higher – post-university education), develops the system of extra-professional education in the frames of “Lifelong Learning” conception.
Cost of education: 200 000 rubles.
Get a consultancy
View all universities